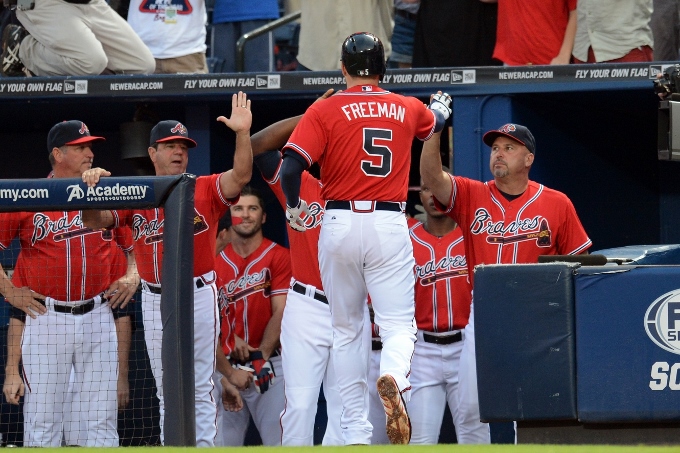 The Atlanta Braves are a major league best 84-53, 15 games up on the second place Washington Nationals in the NL East. Their magic number for clinching the division is 11, meaning that they could conceivably have the division locked up at this time next week with a little bit of luck.

Yet, Atlanta is somehow slipping under the radar. More attention is being thrust upon the Dodgers, upon the wild NL Central race, and even upon those second place Nationals as opposed to the Braves in the National League.

But why is this happening? What does the best team in baseball have to do to get some love?

The reasons for the lack of attention paid to Atlanta is simple in my mind: there's nothing too compelling about the team.

Atlanta's best player in terms of WAR is shortstop Andrelton Simmons, hitting .249/.295/.375. He's an incredible fielder, but let's be honest: glove guys get no love. The team's best player in terms of traditional stats is first baseman Freddie Freeman, who is (at best) the third best first baseman in the National League behind Paul Goldschmidt and Joey Votto, in whatever order. The Braves' ballyhooed outfield has dealt with injuries (Jason Heyward), inconsistency (Justin Upton), and all-out disappointment (BJ Upton). The team's feel-good story (Evan Gattis) hit .225/.274/.292 in the second half with just one home run after smashing 14 in the first half.

Unlike their heyday with Maddux, Glavine, and Smoltz, Atlanta's rotation isn't loaded with household names. Mike Minor and Julio Teheran have had the best seasons among all of their starting pitchers, but both are slipping under the radar, probably because of the presence of phenoms like Joes Fernandez, Matt Harvey, and Stephen Strasburg in the NL East. All three of those pitchers strike out at least one batter per inning, while each of those two Braves starters do not. Rookie starter Alex Wood has also fallen under the radar thanks to the presence of Fernandez, Teheran, Hyun-Jin Ryu, and Shelby Miller having elite rookie seasons. 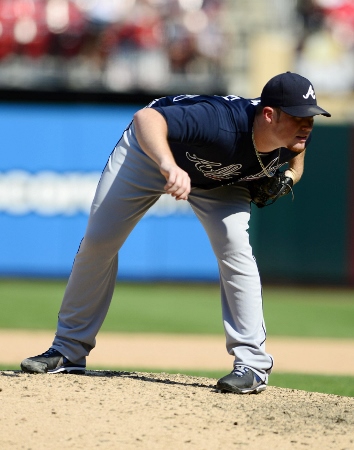 In fact, the name being bandied about as a Cy Young candidate for the Braves is, once again, closer Craig Kimbrel. Kimbrel has saved 43 games with an 0.95 ERA. But if Kimbrel couldn't finish higher than fifth last season, when he struck out half of the hitters he faced with a 1.01 ERA, he's not going to sniff the award this year. Yet, because the Braves are so good, there's this sentiment that the team *needs* players to be considered for awards, which is why Kimbrel and Freeman are talked about as Cy Young and MVP candidates despite mountains of evidence pointing towards superior players.

Atlanta, like nearly every team in the league, didn't make a splash at the trade deadline, really only adding left-handed specialist Scott Downs, as well as picking up utility player Elliot Johnson and starting pitching depth in Freddy Garcia in August. That lack of movement kills a storyline of a midseason pickup pushing a team over the edge, like Marco Scutaro did last year with the Giants.

But even though no one is talking about them, that doesn't mean that the Braves aren't one of baseball's best teams. They definitely are a part of that brief list of teams. It's just tough to write about this team because nothing jumps out at you. You can talk about Simmons' defense, Kimbrel leading a dominant bullpen, and the rest of a solid team that does nothing but win and fly under the radar. Honestly, going into the postseason, that might be the best situation for any team. There isn't two decades of losing two worry about. There isn't an offseason spending spree to worry about. There isn't a new core, a Triple Crown, or a 2012 collapse to worry about. There's just the goal of winning the World Series, and Atlanta might be better positioned than any team to do that in October with the way their team is constructed.