The player that would have been at the top of this list won't be, because the Reds made the wise decision to move Aroldis Chapman to the starting rotation. With the flamethrowing lefty out of the picture, these rankings are wide open. Left-handed relievers are typically specialists, and a lot of them don't typically log a ton of innings, which is what is going to make these rankings so difficult. 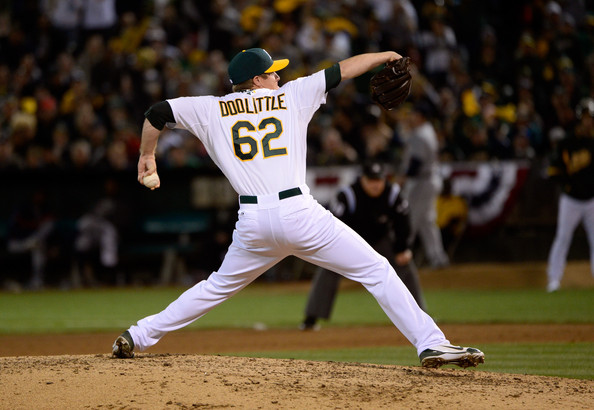 10. Sean Doolittle, Athletics
Doolittle is one of my favorite players in the league, because of how bizarre his story is. He's a converted first baseman that just couldn't stay healthy for the A's, resulting in him being converted into a reliever. After just 25 innings in the minors, the A's brought him up to the majors in 2012, and he dominated. In 47 1/3 innings, Doolittle struck out 60 while walking 11 with a fastball that sat between 93 and 94. After a rough go of things in June and July, Doolittle settled into his new role over the season's final two months, striking out 29 while walking just five in 25 1/3 innings in August and September while posting a 2.13 ERA. I absolutely wouldn't be shocked if his bubble burst in 2013, but the story last year was great, and Doolittle had himself a pretty awesome year no matter how you slice it.

9. Brian Matusz, Orioles
Matusz was the fourth overall pick in the 2008 draft by Baltimore, and was the fifth best prospect in all of baseball prior to the 2010 season. After finishing fifth in the 2010 AL Rookie of the Year voting, Matusz got obliterated over 12 starts in 2011, and didn't fare much better in 16 starts last season. Baltimore moved him to the bullpen to finish out the year, and Matusz turned into a relief ace. In 13 1/3 relief innings, Matusz struck out 19 while walking just three, allowing only two runs and five hits in his new role along with a stingy .352 OPS. Baltimore will likely keep Matusz in the bullpen for the 2013 season, and that might end up being the best role for him, despite his overall high level of talent.

8. Jonny Venters, Braves
2012 was the worst year of Venters' brief major league career, and you can point at an ungodly .357 BABIP and 24% HR/FB as to the reasons why. But Venters also worked much less in 2012, finishing with under 60 innings pitched after topping 80 in each of his first two seasons. Venters also saw his velocity drop, with his fastball sitting at under 94 for the first time in his three big league seasons. But when you're still striking out 26% of batters faced and getting a groundball rate north of 60%, you're going to be a great reliever, even if all of the negative things I mentioned happen while you're walking 10% of batters faced. 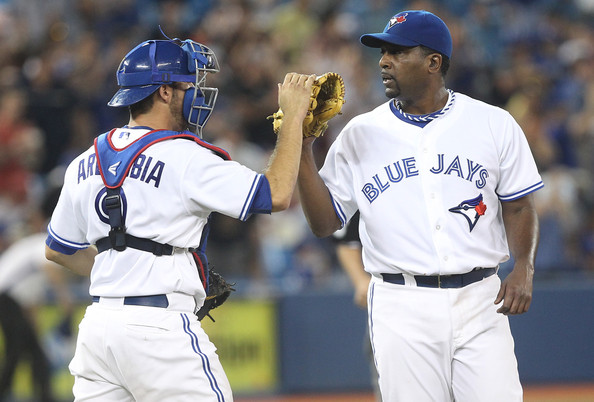 7. Darren Oliver, Blue Jays
The old man will return for 2013 after some initial questions earlier this winter. Oliver kept right on trucking along in 2012, putting together his fifth straight one win season while his ERA has continued to go down in every season since 2007. While he did have yet another good year, there were a couple of signs that he might be slowing down, including another slide in his strikeout to walk rate and a slight drop in velocity. But until the 42-year old hangs up his cleats or starts getting shelled on the field, I'm not going to walk away from ranking him as a top lefty in the game.

6. Troy Patton, Orioles
Patton was another converted starter by the Orioles that has turned into a solid reliever. In 55 2/3 innings working out of Baltimore's pen in 2012, Patton struck out four times as many hitters as he walked and also contributed a 50% groundball rate to the cause. Patton induced a lot of weak contact in 2012, and if he can keep that up in 2013, he'll be able to continue succeeding even without throwing in the mid-90s.

5. Sean Burnett, Angels
Burnett cashed in on a strong 2012 season and signed a two-year deal with the Angels this winter. His career has been marked by maddening inconsistency, with as many seasons below replacement level as above replacement level. Of course, two of his three above replacement level seasons were worth at least a win. Burnett put it all togehter in 2012 with career-bests in strikeout, walk, and groundball rates. His 2012 makes him worth his salary going forward over the next two seasons, but I'd be wary about his track record going forward based on how erratic he's been throughout his career.

4. Glen Perkins, Twins
After failing as a starter, the Twins threw Perkins in their bullpen in 2010, where he struggled to close out the year. But over the last two seasons, Perkins fluorished as a reliever for the Twins, striking out a batter per inning in both seasons with an excellent walk rate and velocity he could only dream of as a starting pitcher. Perkins is now the Twins closer, signed through 2015, and pitching for Team USA in the World Baseball Classic this spring. Not too shabby for a guy that was wandering around without a role just two seasons ago. Perkins is a shining example of what can happen when you convert a failed starter into a reliever, and what the potential reward is.

3. Eric O'Flaherty, Braves
Atlanta's primary left-handed specialist over the past couple of seasons continued to do his thing in 2012, though he's not very flashy while doing it. While his strikeout and walk rates are unimpressive compared to others on this list, O'Flaherty is a beast at creating groundballs (66% in 2012), and absolutely murders left-handed hitters to the tune of a .305 OPS in 2012. He'll be a free agent after the 2013 season, and if he puts together another strong year, he'll likely be in line for a sizable payday.

2. Jake McGee, Rays
After a bit of a tough 2011 rookie season, McGee came into 2012 pitching with a vengeance. He struck out over a third of the batters he faced while hardly walking any, leading to a 6.64 strikeout to walk ratio that was third best among all relievers in baseball (and tops among lefties). With a fastball that sits at 95 and youth on his side, the sky is the limit for McGee in the Rays bullpen. After JP Howell's departure to the Dodgers, McGee will be the primary lefty in the Rays pen, and expectations will be high for him in front of closer Fernando Rodney. 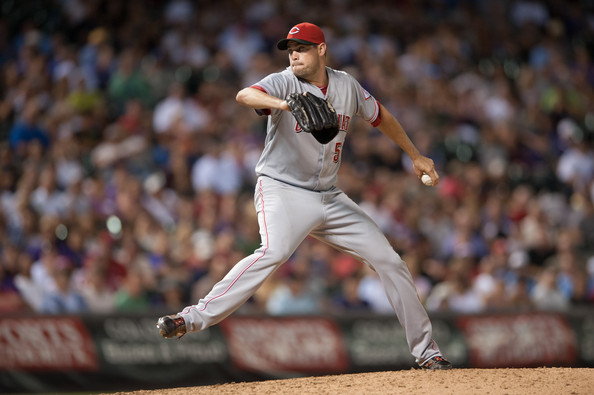 1. Sean Marshall, Reds
Marshall will once again be a setup man for the Reds, this year in front of Jonathan Broxton. But Marshall could close for a number of teams in the league, and he's got one of the best track records of any lefty in the league. Marshall's 2012 in Cincinnati was actually his least valuable over the last three seasons, and he was worth 1.8 fWAR. That'll happen when you throw fewer innings than the prior two years. But Marshall's strikeout to walk rate was nearly identical to that in 2011, and he struck out 28.9% of batters he faced. With a groundball rate north of 57% in addition to those strikeout and walk numbers, Marshall is an established, dominant force in the Reds bullpen.