Yesterday's Mets-Rockies game in Denver was postponed due to a snowstorm in Colorado. The teams are scheduled to play a doubleheader today (that is supposed to begin just one hour from the time I'm making this point), and the Rockies are frantically trying to clear the field of snow. They're chronicling the fun on Twitter.

The Rockies head groundskeeper is using a snowplow on the field.

Oh, and even the Mets got in on the act, as GM Sandy Alderson helped out. 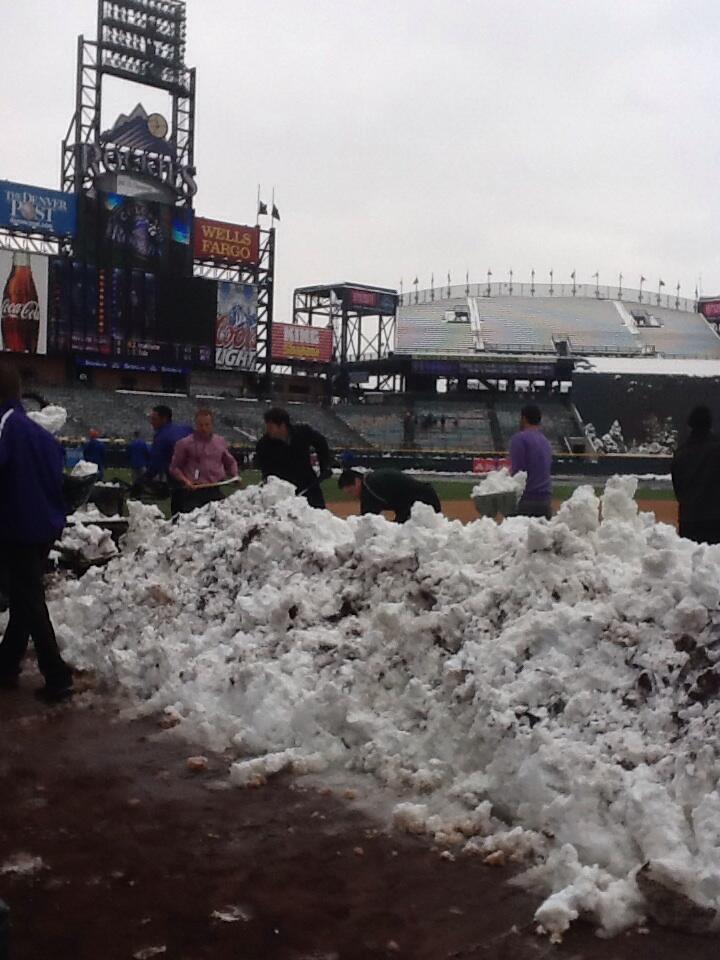 Removing ten inches of snow from a baseball field before a game is an extremely difficult proposition, especially when the game starts that afternoon. Hats off to everyone involved with the Rockies and Mets getting involved today.