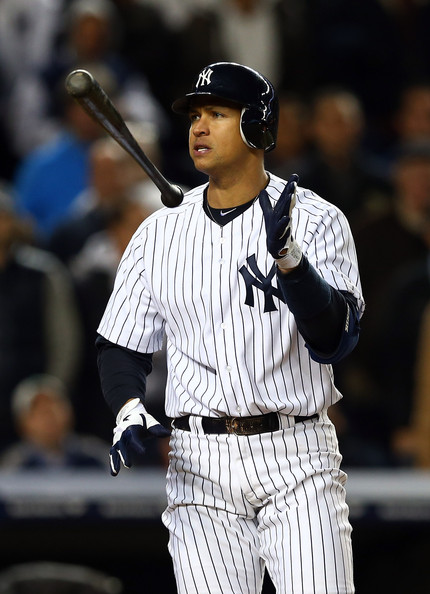 The Miami New-Times has a fantastic column up breaking down a Miami-area clinic called Biogenesis and it's chief, Anthony Bosch. Interviews with former employees and customers of the clinic confirm the records that the New-Times found,

In reviewing records, the New-Times has found links between Biogenesis, PEDs, and several MLB stars. Some of those MLB players have already tested positive for PEDs, or have admitted to taking PEDs in the past, including Alex Rodriguez, Yasmani Grandal, Melky Cabrera, and Bartolo Colon. Others are names that haven't been linked to PEDs before, including Nelson Cruz and Gio Gonzalez.

The Biogenesis lab closed last month, and Bosch disappeared. The records that the New-Times have been examining show not only sales of HGH, but also of testosterone and anabolic steroids. This also isn't Bosch's first go-around with MLB stars and PEDs, as he was linked to Manny Ramirez in 2009 when Ramirez was suspended for using HCG, apparently provided to him by Bosch.

None of the players mentioned in the New-TImes article commented on Biogenesis despite being reached. The New-Times investigation calls Biogenesis "the east coast BALCO", and given the scorn that BALCO received a decade ago, this could get ugly, and could get ugly quickly. The entire article is truly fascinating, and is definitely worth a read. But given the players mentioned, and their failed drug tests in 2012, it's a sign that the MLB's drug testing system is working reasonably well, even if Cruz, Gonzalez, and Rodriguez didn't test positive at all in 2012.