Sammy Sosa has joined Pinterest (and Twitter, as well). Looking at some of the pictures that he has pinned gives you a bizarre idea into what the former Cubs legend has been up to since retiring. 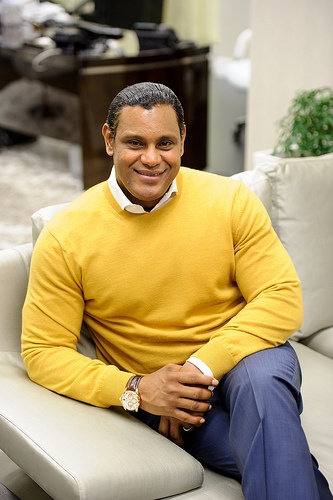 Here's Sammy Sosa, businessman, in a suit that looks like it was plucked straight out of the 1980s. 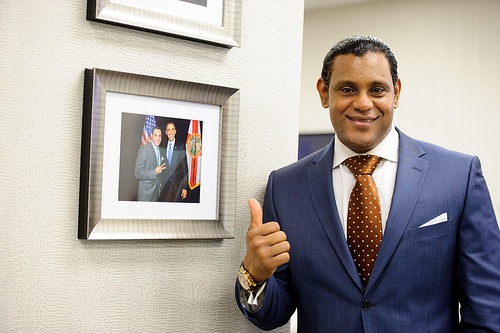 Here's Sammy Sosa in the same suit (with a different tie), showing off a picture of him with President Obama. 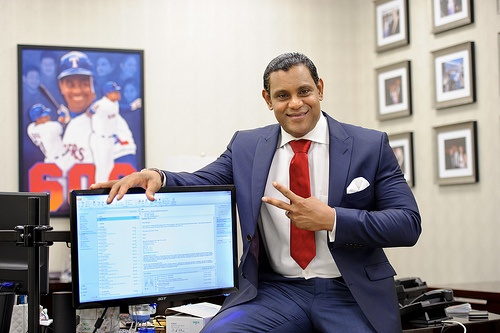 Here's Sammy Sosa showing off his Outlook inbox in that same hideous suit, with a portrait of him in the background. Of course, the largest image of Sosa in the painting pictures him as a member of the Rangers, where he started his career in 1989 and ended his career in 2007.

Sammy Sosa: only on 12.5% Hall of Fame ballot, but in 100% of our consicousness thanks to his Pinterest. Thanks, Sammy!