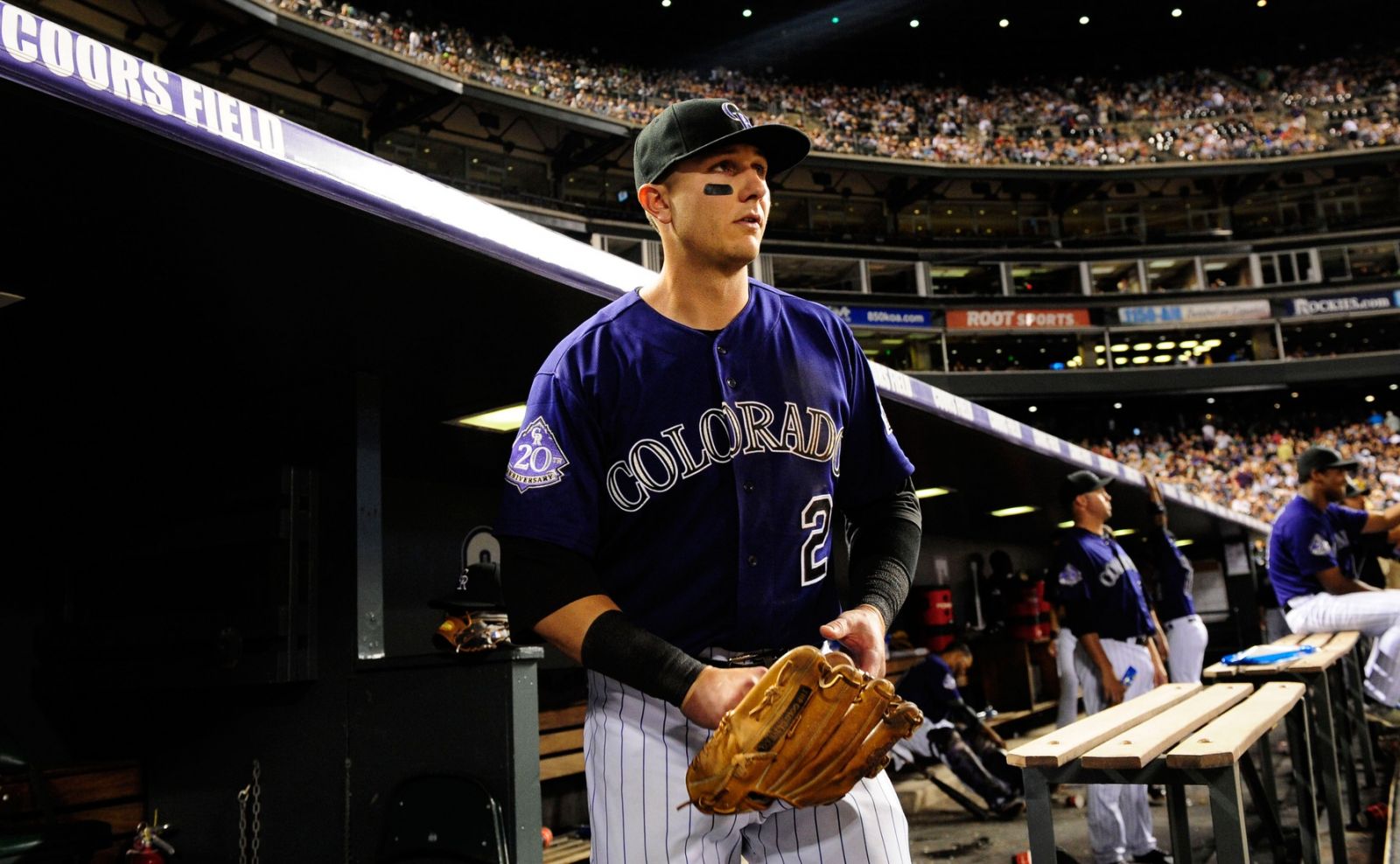 The Colorado Rockies have placed shortstop Troy Tulowitzki on the 15-day DL with a broken rib after he left Thursday's game with the Nationals in the eighth inning trying to make a catch. Reportedly, Tulowitzki's ribs have been hurting for a week, and Thursday's game was the straw that broke the camel's back. He'll apparently miss four to six weeks with the injury, throwing his seemingly destined start in the All-Star Game into doubt.

There's a lot to break down here, so I'll start with the obvious: if Tulowitzki's ribs have been hurting for a week, why has he only gotten one day off in the last three weeks? He's far and away Colorado's best (and most important) player, and with his injury, Colorado should have handled him with kid gloves the moment he mentioned he was sore. One or two days more days off over the last three weeks could have prevented him from further injury, and that means the Rockies wouldn't be without him until after the All-Star Break.

It's tough to say that there are "good times" and "bad times" for injuries to occur, but this injury really doesn't help the Rockies considering their upcoming schedule. The Rockies have 13 straight games against teams from the East divisions of their respective leagues, including a nine game road trip to Toronto, Washington, and Boston that begins on Monday. After a makeup game with the Mets at Coors Field, the Rockies then finish their first half with 16 straight against NL West opponents, including a ten game road trip to close out the first half. Colorado has played better than anyone expected in the first half, and are just 2.5 games out of first place in the NL West. How can they be expected to keep their heads above water without Tulowitzki, who is third in baseball thusfar this season with 3.9 fWAR? Tulowitzki leads the Rockies in all three triple slash categories (batting average, on base percentage, slugging percentage), and his 16 homers are second on the team to Carlos Gonzalez.

Tulowitzki will be replaced in Colorado's lineup while he's injured by Jonathan Herrera, who isn't even a comparable player. He's received limited playing time at short over his career, and has largely been awful defensively there, a steep contrast to the wizardry of Tulowitzki. Herrera's bat could best be described as "anemic", another stark contrast to Tulowitzki. For his career, Herrera has a .066 ISO, which is less than half of the lowest ISO Tulowitzki has posted in the majors since becoming a full-time regular in 2007. He's also generally a low batting average guy, though he does walk at a decent clip. There's really no upside or star potential with Herrera, and the Rockies will sorely miss Tulowitzki while he's out.

Furthermore, Colorado needs to hope that the injuries that Dexter Fowler and Carlos Gonzalez left the game with on Thursday aren't serious. Both players are listed as day to day after getting plunked (Fowler by a pitch on the hand, Gonzalez by a foul ball on the ankle), and should avoid missing much playing time, but could you imagine if either was forced to join Tulowitzki on the DL? The Rockies would then be looking at an offense carried by two young, sub-.300 OBP players (Nolan Arenado, Wilin Rosario) and a 34-year old outfielder who missed 61 games last year (Michael Cuddyer). That would be a very ugly scenario for the Rockies, and would probably result in them falling like a rock in the NL West standings.

But this next month heading in the All-Star Break is crucial for Colorado. If they can stick around .500, they can still contend for the division title in the second half of the season. However, if they collapse and play something like 10-19 baseball over the next month, Tulowitzki's return might be for naught.