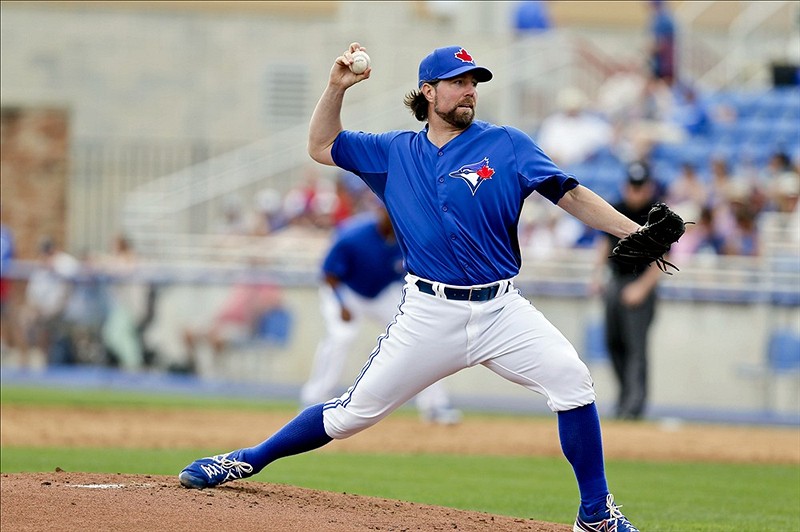 Heading into the 2013 season, there are a lot of players across the league that for whatever reason, have a lot to prove. They may have had a breakout 2012 that people are doubting is a barometer of their true talent level, they may have dealt with injuries in 2012 and people are wondering if he can bounce back, or they might have just had a bad year and there are questions about the future of his career. We're not going to know where exactly things fall when it comes to their attempts to prove people wrong until the end of the year, but these players are probably going to be getting a lot of scrutiny in 2013.

RA Dickey, Blue Jays
Alright, so you're the reigning Cy Young winner…why would people doubt you? Well, Dickey is now 38, will be playing on a new team (that happens to be in the toughest division in baseball for the last 15 years. Dickey also posted a strikeout rate in 2012 that was head and shoulders above every other strikeout rate he's put together over his career, and will be playing his home games in a park that hitters have a field day with. A strong season from Dickey in 2013 will go a long way towards solidifying him as one of the best pitchers in baseball, and not just a one year wonder.

Justin Upton, Braves
When the Braves traded a package of five players, including fan favorite Martin Prado, for Upton, the reaction was generally positive, despite a down year from Upton in 2012. However, there's still a small population of fans and reporters across the game that is stomping their feet and talking about how Upton isn't an elite player, and how he doesn't have Prado's heart, and why the Braves will regret the deal. If Upton has another season in 2013 like he did in 2012 (17 homers, .785 OPS), I'm sure those people will feel vindicated by their thoughts. But then again, if Upton plays like he did in 2011 (31 homers, .898 OPS), I don't think a bad word will be said about him or the trade. 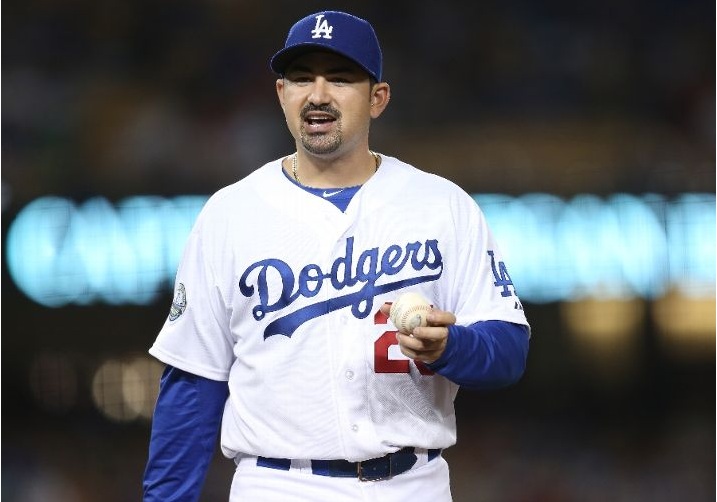 Adrian Gonzalez, Dodgers
Contrary to popular belief, Gonzalez wasn't terrible in 2012. While 18 homers, an .807 OPS, and 3.6 fWAR is a departure from the norm for Gonzalez, it was perfectly acceptable for a league average first baseman across baseball. But Gonzalez isn't a league average first baseman. He's a guy making around $22 million in each of the next six seasons. But after a tumultous year in Boston and an uninspiring month in Los Angeles last season, there are whispers that Gonzalez might already be on the downswing of his career. Another 30 homer season would be great for his reptuation across the league.

Roy Halladay, Phillies
There's a lot of doubt pointed in Halladay's direction this spring. He missed six weeks with a strained lat in 2012, and had his worst season in years when he was healthy. This spring, his velocity is down, and there are rumblings that Halladay might not be the same guy anymore. What better way for Halladay to put his stamp on the National League by throwing 200 innings with a sub-3.00 ERA in 2013? A season like that would quiet all of the doubters, and guarantee that the Phillies pick up his option for 2014.

Mike Trout, Angels
I'm not sure what we can say about Mike Trout's rookie season that has already been said numerous times. It was the best rookie season ever, and one of the best seasons in baseball history. The only question remaining: what will Trout do for an encore? Anything short of that rookie year is going to have a lot of people (most casual fans, and people in the mainstream media) calling him a one year wonder, or a bust, or overhyped, or so on and so forth. But if Trout comes out and replicates, or even surpasses, his rookie season, a lot of eyes across the league are going to be opened even more, and there will not be a doubt in anyone's mind that Trout is a superstar.

Yadier Molina, Cardinals
For nearly his entire career, Molina was thought of as a defensive minded catcher with an adequate bat. Then, something happened in 2011: his bat woke up. Molina's bat once again matured in 2012 to the point where people are thinking of him as the second or third best offensive catcher in baseball behind Buster Posey and (depending on how you feel about him) Joe Mauer. Molina doesn't need to be an offensive cog in the Cardinals lineup thanks to the presence of Matt Holliday, Carlos Beltran, and Allen Craig, but if he has a third straight offensive explosion, the stereotype of the entire Molina family being defense-only will be destroyed. Well, except Bengie, who was more "adequate" than elite with the glove like Yadier and Jose.

Jose Bautista, Blue Jays
I hate to go back to the Blue Jays, but Bautista missed 70 games in 2012 with a wrist injury that required surgery. After unreal campaigns in 2010 and 2011, Bautista started slow in 2012 before catching fire before his injury. Now 32, and coming off of an injury that can sap a player's power, Bautista's reign of terror dedicated towards AL East pitchers could be over in 2013. If he's healthy and smashes another 45 or 50 homers, maybe the discussions about Bautista being a gassed up, flukish player will finally be buried.

Derek Jeter, Yankees
Jeter's broken ankle during last year's playoffs is something that will likely linger with him for awhile, especially defensively. If his return to the field for the Yankees this season doesn't go very well, we could be looking at the end of his career. Quite frankly, a lot of people (myself included) are betting against Jeter being another close to the same guy once he returns. Another .300 season, regardless of how he performs defensively, can show everyone that they shouldn't be closing the book on Jeter just quite yet. 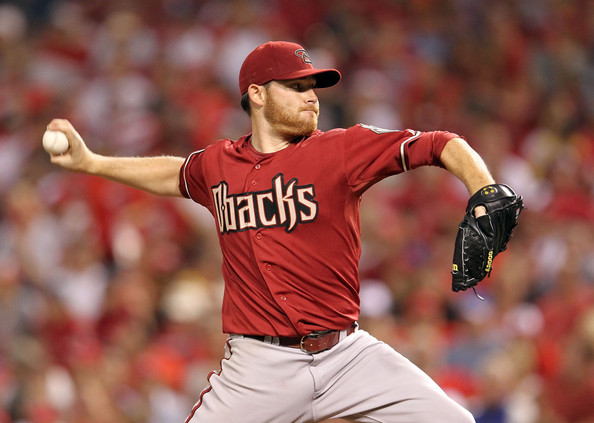 Trevor Bauer, Indians
The controversy surrounding Bauer and former teammate Miguel Montero is stupid. Rumors were flying all over Phoenix that Bauer was a bad teammate and that he was disrespectful towards his teammates and coaches. So far during his tenure as an Indian, the opposite seems to be true: everyone seems to love Bauer in Cleveland, and they're looking at him as a huge part of their future. Bauer might not start the season in the Indians rotation, but a strong, drama-free season in the minors will eventually push him to the majors and will hopefully show to everyone why this guy was once the third overall pick in the draft, and just how wrong the Diamondbacks were to trade him.

Yunel Escobar, Rays
This seems like the last chance for Escobar. In Tampa Bay, he's with a very loose club that won't judge him or immediately run him out of town. Escobar has caused headaches for the Braves and Blue Jays, and both teams responded by summarily shipping him to a new club. If he can't get along with Joe Maddon and the Rays, the talented, yet controversial, shortstop might see his career come to an end.