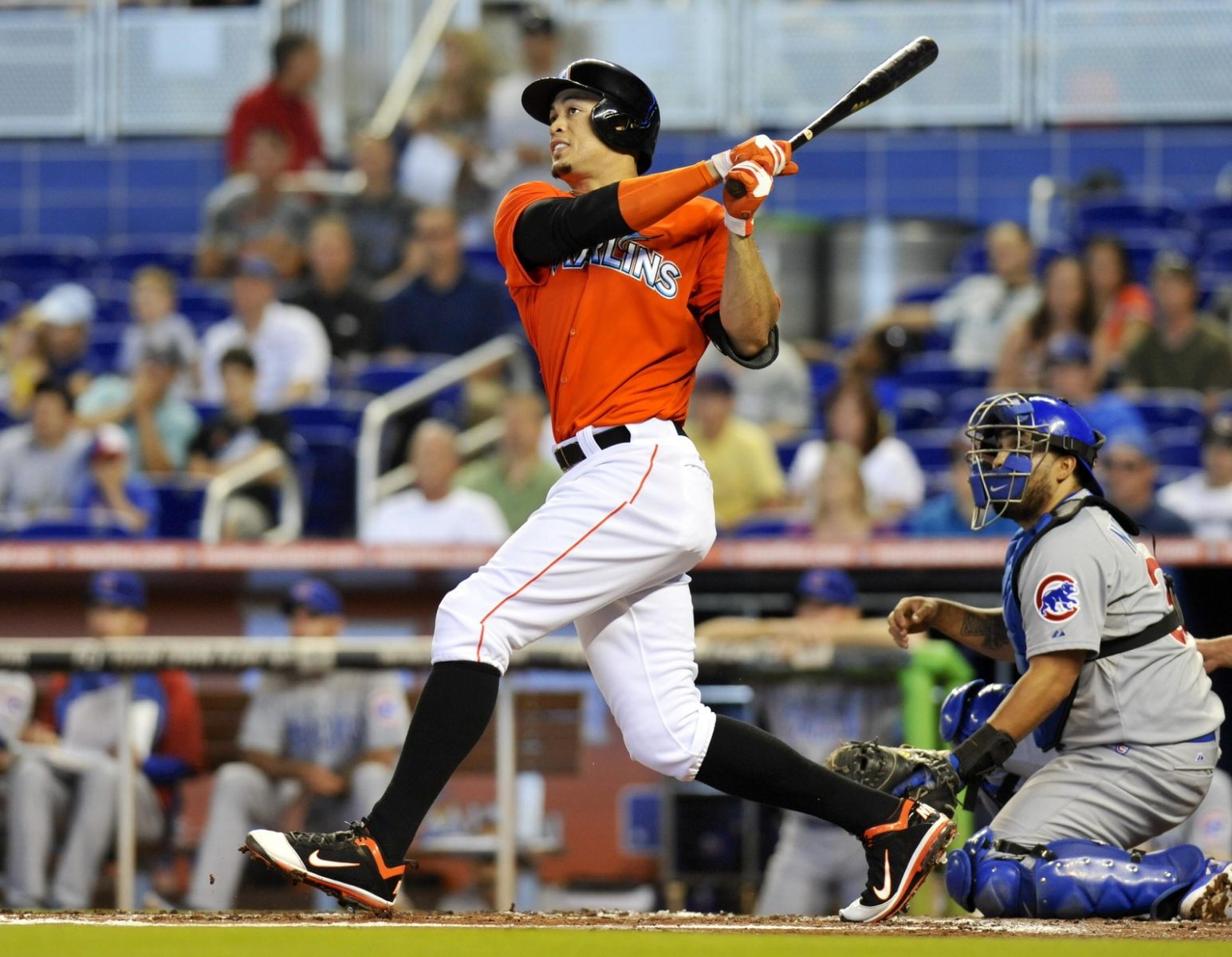 Giancarlo Stanton left the Mets-Marlins game on Monday night with a hamstring injury. An MRI on Tuesday revealed that Stanton has a grade 2 strain, and will miss at least a month. Miami called up 22-year old prospect Marcell Ozuna from AA Jacksonville to take Stanton's place in right. Ozuna was generally ranked as the third best outfield prospect in the Marlins system, behind Christian Yelich (who has struggled in ten games in the Southern League this year) and Jake Marisnick (who has played in just three games). In ten games, Ozuna has bashed five homers for the Suns, and has a 1.193 OPS. Those ten games he's played with Jacksonville this year has been his only exposure to the game above high-A.

Now, while it's true that Stanton has struggled this year with a .227/.341/.387 triple slash, I think it's fair to put his stats into context with the rest of the Marilns lineup. Stanton's 101 wRC+ is the best on Miami's team by far. Center fielder Justin Ruggiano (93) and catcher Rob Brantly (82) are the only regulars with a wRC+ within 30 points of Stanton's mark. His .322 wOBA also leads the team, with only Ruggiano (.306) and Brantly (.290) within 40 points of him. Stanton's three homers are tied with Ruggiano for the team lead, and the six that the pair have combined for are half of the 12 total that the Marlins have hit this season. Stanton is also the only Marlins regular to walk at a clip higher than 10%.

While the Marlins offense has been putrid with Stanton, things are bound to turn around soon…right? Miami's .269 BABIP is third lowest in baseball, ahead of just the Cubs and Blue Jays, and removing Stanton's .304 BABIP from the equation makes the team look that much more unlucky. But looking at the career numbers of their lineup, should you really expect much of a progression from any of these guys?

So while there is some improvement to be had, it's not as if these are high ceiling hitters that are having dramatically worse years, like Josh Hamilton, BJ Upton, or Victor Martinez. To compound matters for Miami, in May, the team has a brutal schedule, highlighted by a ten game road trip starting on Thursday in Philadelphia that will also take them to San Diego and Los Angeles. The Marlins will also host the Reds, Diamondbacks, and Phillies before going on the road again to visit the White Sox and closing out their month with the split series against the Rays.

Miami's pitching staff has been better than I expected, but their offense has been a dumpster fire. Without their top player for the next month, things have the potential to get even uglier. Last night against the Mets, in their first game after Stanton was placed on the DL, the team eked out two runs on five hits, which was enough to get the win over the Mets. But the Marlins were essentially handed their two runs in the ninth inning, thanks to a passed ball, blown call at third on a bunt, intentional walk, and wild pitch giving them the game on a silver platter. That won't happen every night, and neither will 15 inning marathons like Monday where the Marlins took advantage of an equally inept offensive effort from the Mets.

Buckle up folks, you could be seeing history with the Marlins this month.