Like most teams, the Washington Nationals ran a fanfest over this weekend. Among the players at NatsFest was right fielder Jayson Werth, who once again resembled a caveman. 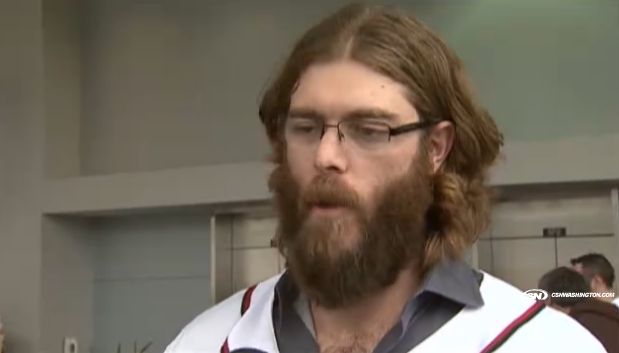 Yeah, that's just a little out of control. As a comparison, here's what Werth's beard looked like during game five of the NLDS against the Cardinals.

Man, Jayson. Take a trimmer to that thing. But in your case, a weedwhacker might end up being a better bet. Good lord is that extreme.