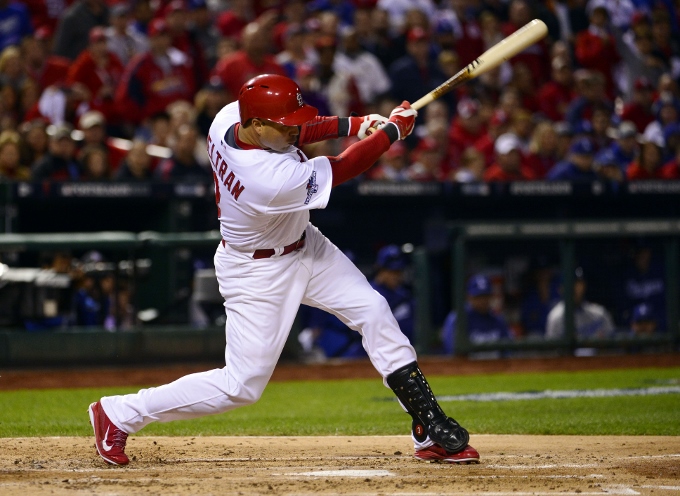 The NLCS is over, and the St Louis Cardinals are once again NL champions, winning their fourth pennant in the last ten years. Here are five observations from their NLCS victory over the Dodgers.

1. Cardinals Devil Magic is alive and well.
Over at One World Sports, TOC contributor Amanda Rykoff wrote about the phenomenon known as Cardinals Devil Magic – and sure enough, it reared its ugly head once again in Game 6 of the series, as the Cardinals bashed Clayton Kershaw's brains in to clinch a trip to the World Series. And of course, in their 9-0 win, the club somehow just had three extra base hits – all doubles. In the NLCS, the Cardinals hit .211/.277/.302 and homered just twice – yet they outscored the Dodgers 21-13 and won the series. If you want to know what Cardinals Devil Magic is, here you go – St Louis won this series despite not steamrolling Los Angeles. It's an incredibly frustrating thing for the opponent. Imagine allowing single after single and run after run. The overwhelming sense of frustration can drive you up the wall.

2. It's the Michael Wacha Show going forward for the Cardinals.
Despite Adam Wainwright penciled in to start Game 1 of the NLCS, he's not the team's most indispensable pitcher. That would be the rookie Wacha, who was named NLCS MVP after throwing 13 2/3 shutout innings and winning two games in the series. Wacha was incredible, and while he didn't *need* to put his foot down in Game 6 considering the huge lead he was given, his stellar start did a lot to strike fear into the hearts of the Red Sox heading into the World Series, despite his Game 2 start coming at Fenway Park.

3. Hanley Ramirez's injury shaped the series.
In the NLDS, Ramirez was a one-man wrecking crew, hitting .500/.556/.1.063 against the Braves. In the NLCS against the Cardinals, Ramirez hit .133/.316/.133 while also going 0/9 in Games 4-6. His injury also did a lot to modify the decision making of Don Mattingly, who was forced to hold back Nick Punto in case Ramirez needed to be removed from the game. That led to ugly situations like Skip Schumaker pinch hitting in a key situation in Game 4, only to have Punto replace a hurting Ramirez a couple of innings later. Scott Van Slyke and Dee Gordon didn't even get a plate appearance in the series – so why bother even having them on the roster? If Ramirez was healthy, things could have been a lot more interesting for the Dodgers, especially considering how well Adrian Gonzalez hit. 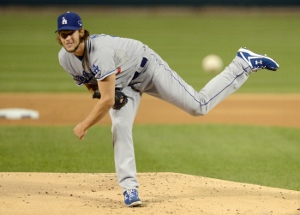 4. Clayton Kershaw finally ran out of gas.
After a brilliant Postseason that saw him allow just one earned run in 19 innings, Kershaw's brilliance ran out in Game 6. 255 innings was apparently his breaking point, because in his four innings of Game 6, Kershaw allowed seven runs on ten hits. Over the last four seasons, Kershaw allowed double digit hits just once and allowed seven or more earned runs just twice. You know the phrase "when it rains, it pours"? That was the general summary of Game 6.

5. Carlos Beltran's worst series is still really good.
The all-world Postseason stud only hit .286/.423/.476 in the NLCS – his second worst playoff series ever, and just the second full series that saw him go homerless. Yet, his .899 OPS was more than 100 points higher than St Louis' next best regular (Matt Carpenter at .768) and his six RBI were twice as many as both Matt Holliday and Shane Robinson, who had three to finish as the runner-up. Over the entire Postseason, Beltran's OPS is nearly 200 points higher than Matt Adams', who is second on the team with a .724 mark. Beltran's 12 Postseason RBI this year are one fewer than Holliday, Adams, and David Freese combined. This was the second-worst playoff series of Beltran's career – and he's the best Cardinals hitter. He'll be heading to the World Series for the first time in his career, looking to finally reach the top of the mountain.