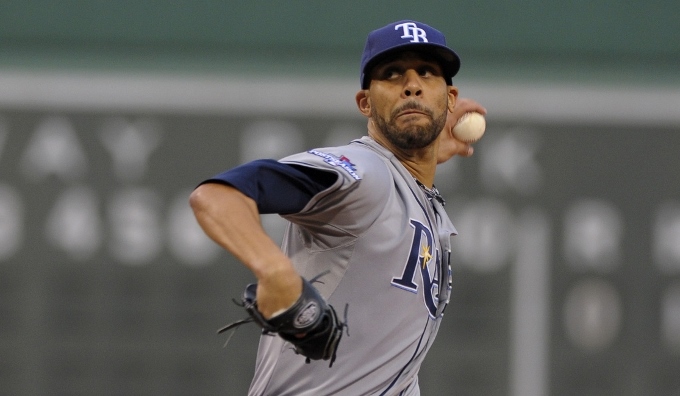 The Tampa Bay Rays possess one of the most valuable trade chips on the market this offseason in 28-year old left-hander David Price. The 2012 AL Cy Young winner still has two years of team control left, and won't be a free agent until after the 2015 season. But there have been trade rumors about Price going back to last winter (though they've began to pick up steam this offseason), and a trade seems inevitable. But here we are, just days away from 2014, and Price is still a member of the Rays.

Do the Rays desperately need to trade Price? The sooner they trade him, the more value they'll likely receive. But saying that the club *needs* to trade Price isn't too accurate. 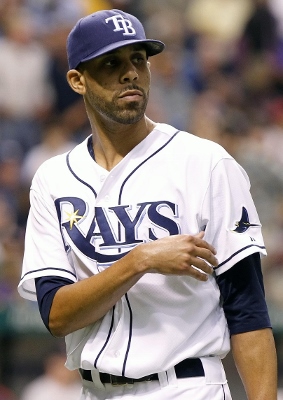 The main reason that the club would trade their ace is because of his salary. Price made $10.1125 million in 2013, his second of four arbitration seasons. He's projected to earn somewhere around $13 million in 2014, which would be around 20% of Tampa Bay's payroll. Assuming James Loney's $21 million contract is evenly spread over three years, the Rays have $46 million already committed to their 2014 payroll – which doesn't include arbitration raises for Price, Matt Joyce,, Sean Rodriguez, Jake McGee, Jeremy Hellickson, Jose Lobaton. MLBTR projects those players to earn a total of $23.6 million, meaning that Tampa Bay would be approaching their franchise-high $72 million payroll from 2010 if they don't trade Price.

The infusion of new national TV money into the coffers of major league clubs could allow for Tampa Bay to push their payroll to that high water mark. However, that might just be kicking the can down the road, as the Rays have to worry about contract options for Heath Bell, Yunel Escobar, Ben Zobrist, and Joel Peralta in 2015, while Alex Cobb and Desmond Jennings will enter their first year of arbitration. Without even considering the arbitration raises, the Rays would have upwards of $57 million committed to contracts next winter if all of the options are exercised.

Another reason the Rays don't necessarily need to trade Price – they're not a team on the downswing that needs to reload. Tampa Bay won 92 games in 2013, capturing one of the American League's two Wild Card spots and advancing to the AL Division Series, where they fell to the eventual World Champion Boston Red Sox in four games. They bring back eight of their top nine pitchers in fWAR (including Price), and nine of their top ten position players in fWAR. This isn't the White Sox, who were awful and aging in 2013 with a bad farm system to boot. The Rays are still young and quite good, and dealing Price makes them much less of a contender.

If a trade does go down, it will happen soon. Andrew Friedman has traditionally not let major trade chips dangle in the wind past the first week of January. The James Shields/Wade Davis blockbuster last offseason happened on December 9th. Matt Garza was dealt to the Cubs on January 8th. Jason Bartlett was dealt to the Padres on December 17th. Edwin Jackson was shipped to the Tigers in December 10th. The Delmon Young-Garza swap took place on November 28th. Friedman likes getting his work done early instead of letting things linger.

There's one factor that hasn't been taken into account in regards to a possible Price trade, though – the lack of movement on the top-end of the free agent pitching market due to the uncertainty surrounding Masahiro Tanaka. With Tanaka finally being posted, teams will begin to spin the wheels on guys like Ubaldo Jimenez, Ervin Santana, and maybe Price if the bidding for Tanaka gets out of hand. If say, the Dodgers don't meet Tanaka's asking price, could they put together a package of worthy talent for Price just weeks before the beginning of Spring Training? Of course they can.

Although that raises another potential stumbling block in regards to a Price trade – can a team that needs an elite starting pitcher even give the Rays proper value for him? Tampa Bay isn't going to trade Price for two dimes and a nickel for no reason. If any club that may have interest in Price isn't willing to give up top-tier talent for him, the Rays aren't simply going to trade him for the sake of trading him. Considering all of the hurdles involved in a Price deal this late in a game, my gut tells me that he doesn't get moved – but that doesn't mean that he won't. If a club that misses out on Tanaka simply blows Tampa Bay away with a package of prospects next month, I don't think there's any question that Friedman will pull the trigger. But if teams continue to underwhelm the club, I'm sure he'll be more than happy if Joe Maddon sends Price to the hill on Opening Day at Tropicana Field against the Blue Jays.