Heading into the second half of 2013, the New York Yankees are in an unfamiliar position: in the middle of the pack in the American League. New York has a 51-44 record, good for fourth place in the AL East, six games behind the first place Red Sox. The Yankees are also three games out of the second wild card in the American League, with a pair of their AL East rivals in Tampa Bay and Baltimore also ahead of them.

The Yankees are in a very interesting situation right now. They have the oldest team in baseball and have been absolutely ravaged by injuries this season. The team already has $84 million committed to their 2014 payroll, allotted to just five players (not including a player option for a cool $8 million on Derek Jeter). The team has a whopping 11 impending free agents, including several key players like Mariano Rivera (who will be retiring), Robinson Cano, Curtis Granderson, Andy Pettitte (who might also be calling it a career), and Hiroki Kuroda. 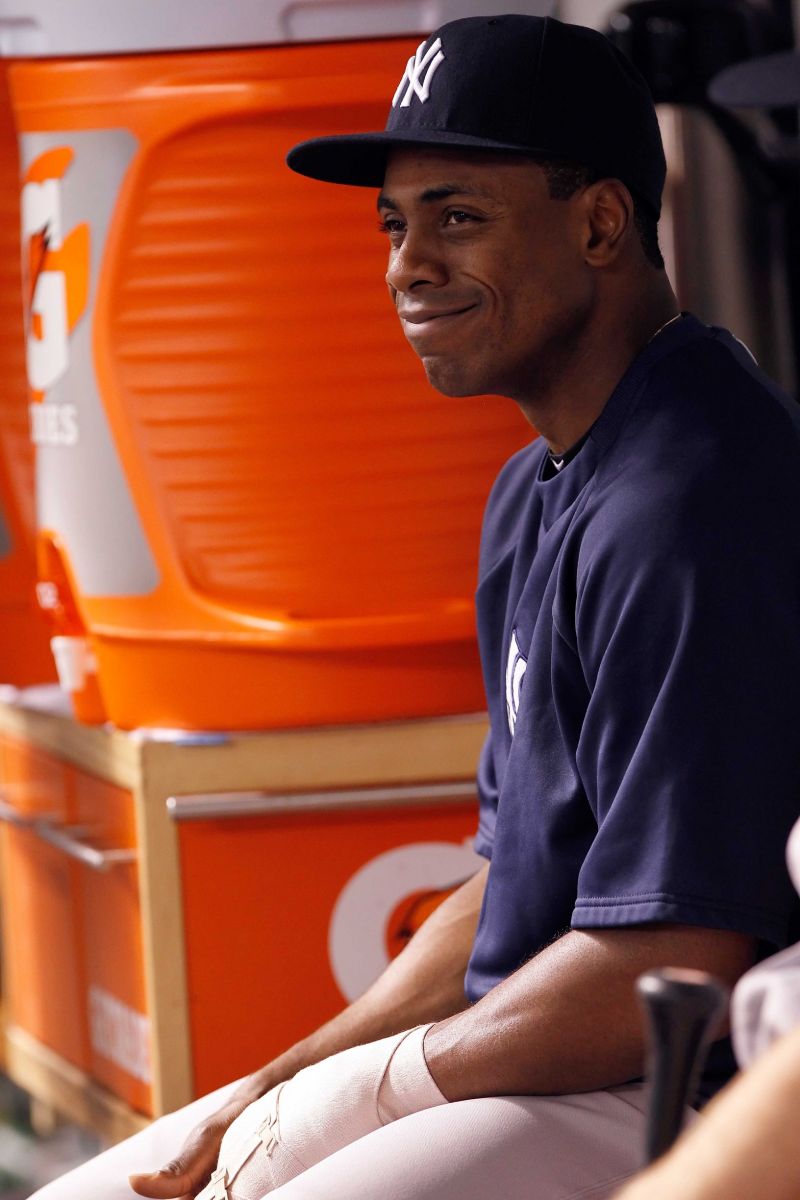 I think the best course of action for the Yankees would be to stand pat right now. The team's biggest acquisitions for the second half won't come in the form of trades, but instead will come in the form of players coming off the DL. Jeter returned to the Bombers' lineup last Thursday before being shelved again with a strained quad, but is expected to be ready to go this weekend. Alex Rodriguez seemingly never ending rehab from offseason hip surgery is expected to come to an end next week with A-Rod rejoining the team as soon as Monday. Curtis Granderson is hoping to be back in the team's lineup by the end of July after fracturing a knuckle in May. That's a pretty solid infusion of talent for the Yankees.

However, they're not getting everyone back in the next few weeks. Mark Teixeira's season is over after just 15 games thanks to wrist surgery. Kevin Youkilis has only played in 28 games, and if he's ready at all this year, it won't be until mid-September. Francisco Cervelli has seemingly fallen into a bottomless pit after breaking his hand near the end of April, and apparently won't be back until August after suffering some elbow problems as well.

And therein lies the major issue with the Yankees: even with their stars returning, they need help in too many places. New York's offense is one of the worst in baseball. Their starting rotation is in the middle of the pack (which isn't a bad thing). There's not one player that would push them over the top. The Yankees' only above average regulars with the stick have been Cano, Brett Gardner, and Lyle Overbay (barely). Even if Granderson, Jeter, and Rodriguez come back and produce (which isn't a guarantee, considering their ages and their injuries). New York is still getting middling production from behind the plate, one outfield spot, and the DH/third base hybrid position that Rodriguez will be half of. Granted, Ichiro's solid defense helps create value for him and the team, but his bat is still a shell of what it once was.

My major issue with the Yankees becoming buyers: what would they buy? A catcher? A DH? A corner infielder? The bats in this class of players that will be available over the next two weeks aren't exactly awe-inspiring. Whereas a team like the Indians can be absolutely pushed to the next level by acquiring someone like Matt Garza, there's really not one trade that the Yankees could pull off that would give them that extra boost. There's also the free agency issue, and if New York deals prospects for a rental, they're going to be in an even worse place next season if they don't start throwing money around like they have in previous offseasons.

If the Yankees wanted to make one trade that could potentially shift their team, they'd need to talk to the Cubs and see if they can get both Alfonso Soriano and Dioner Navarro in the same trade. But even then, I don't think that would push them into the playoffs. Again, I reiterate to the Yankees: stand pat. New York is in a really bad position, as they're not good enough to go all-in, and they're not bad enough to blow everything up.