The American League Central this year is…interesting, I guess would be a good word. The division isn't as tight as the NL West (aside from the top two teams),but there's really not a clear division between buyers and sellers.

Chicago White Sox, 32-47. Fourth in division, 13 back of second wild card.
The fire sale this summer is Chicago is going to be hotter than the Great Chicago Fire. Everyone is up for grabs, aside from Chris Sale (very understandable) and Paul Konerko (not at all understandable).

But Chicago's most popular piece probably won't be a very well-known name, and that's reliever Jesse Crain. He's been the White Sox best pitcher this season (more stunningly, he's been a two win reliever in three months of action), striking out 46 in 36 2/3 innings and spinning a stellar 0.74 ERA. With the success of Jason Grilli in the Pirates' bullpen this season, GM Rick Hahn might be able to sell Crain to a team as a closer candidate that would come a lot cheaper than someone like Jonathan Papelbon.

The other interesting pitcher that the White Sox have to sell is Jake Peavy. Peavy hasn't made a start in a month due to a rib fracture, but he's under contract through next season, and his salaries are reasonable (all things considered). If he proves he's healthy before the trade deadline, he'll be added to a pretty awesome group of starting pitchers on the trade market. Closer Addison Reed is another player who could get some interest, but he's still a pre-arb guy and would likely require more of a return than Crain. There's also John Danks, who three more years on his contract after 2013, and hasn't fully regained his velocity following shoulder surgery. Caveat emptor, but he does have a 32:4 strikeout to walk ratio in seven starts this year.

Now, for the offense. Alex Rios has been worth his massive contract in two out of his first three years in Chicago, and is well on his way towards being worth it again this season. A 20/20 player with plus defense in a corner, one extra year of control, plus an option year is a guy that should be in demand for a team that needs offensive help in the outfield. Adam Dunn is pretty much the best DH on the market, and he got his ass in gear in June after a terrible first two months of the season. Alexei Ramirez would make for an interesting shortstop for a team looking, but at 31 with two years left on his contract with a massive drop in power last season, I'm not sure if he'd be anything more than a glove at this point. Then, there's Jeff Keppinger, a surprisingly hot name on the free agent market this past offseason that has had a terrible year. He looked a lot like the Keppinger of old in June, and I imagine he'll be moved sooner rather than later.

Cleveland Indians, 44-38. First place in division.
I don't even know anymore. Once again, the Tribe is off to a hot start to their season, but the question remains: will it last? This really is an interesting team. They're getting the best production from catchers out of any team in baseball thanks to Carlos Santana and Yan Gomes, and Jason Kipnis has broken out in a big way at second base. Free agent signings Michael Bourn, Nick Swisher, and Mark Reynolds have all delivered offensively in big ways, yet all three could be better.

Cleveland's offense is finally healthy, and when that machine is cranking, they can put some runs on the board. Their pitching staff, on the other hand, has been a different story. Their rotation has been adequate, with Justin Masterson dazzling the league and leading the way. Corey Kluber and Zach McAllister have been quietly effective, while Ubaldo Jimenez and Scott Kazmir have adequate back-end guys, improving as the season has gone on. Where the Indians need help is, perhaps shockingly, in the bullpen.

Vinnie Pestano was gold for the Tribe in 2011 and 2012, but luck has caught up with him this year, and he has a 3.81 ERA. Closer Chris Perez has been even worse, and both pitchers have seen their home run rates spike. Former highly ranked prospect Nick Hagadone has been pretty bad, and also-ran Rich Hill has been erratic. While the foursome of Cody Allen, Brian Shaw, Joe Smith, and Matt Albers have all been varying degrees of great, they're also the four most-used pitchers in Cleveland's pen, and fatigue could be a factor in the second half. I don't think the Indians are going to go all-out and try to bring in someone like Papelbon, but instead focus on the second tier of relievers like Reed. Oliver Perez of the Mariners or Francisco Rodriguez of the Brewers both could be options for Cleveland.

Detroit Tigers, 43-38. Second place in division, three games out of second wild card.
The Tigers are looking at the division, not the wild card. We all know that. And if you've read anything on this site, or elsewhere online for that matter, you know where Detroit's biggest weakness is: the bullpen. Drew Smyly and Joaquin Benoit have been incredible, but the pair can't pitch every night. And therein lies the issue for the Tigers: they have two awesome relievers and not much else.

I don't think that the Tigers would stop at one reliever. Remember two summers ago, when the Rangers traded for both Mike Adams and Koji Uehara? That's the type of 1-2 punch I'd expect the Tigers to try to bring in this summer. No names would really be off limits either, but Detroit's relatively weak farm system might limit some of their options. If the White Sox weren't in the same division as Detroit, I could see Rick Hahn trying to package both Reed and Crain to the Tigers, but the silly notion of not letting your own guys beat you always remains. Perhaps Rodriguez and maybe Brandon Kintzler or (god help them) John Axford in a package deal from the Brewers would work.

Another note: the Tigers have gotten nothing from behind the plate this year, but would they really be willing to move on from or demote Alex Avila two years removed from his breakout 2011 campaign? The catching market is also very weak, so Dave Dombrowski might realize that Avila is better than all of the alternatives out there.

Kansas City Royals, 38-41. Third place in division, seven games out of second wild card.
After the Royals dealt Wil Myers for James Shields and Wade Davis this winter, you knew they'd be all in for this season. And quite frankly, the deal looked like a flop until the Royals caught fire in June and pushed themselves back into the AL Central race. The deal worked as intended, as the Royals pitching staff is *much* better, but the offense continues to lag behind.

Kansas City finally cut ties with Jeff Francoeur this past weekend, but the Royals offense has issues in other places as well. Specifically, they've gotten nothing at second and third from Chris Getz, Eliot Johnson, and Mike Moustakas, but they attempted to solve the second base problem by calling up Johnny Giavotella. Keppinger could be an option for them with Moustakas heading down to the minors to figure out just what the hell is wrong with him, but they're not going to make a big move for an Aramis Ramirez type of player.

The Royals pitching staff has been fine, with the exceptions of Davis and Jeremy Guthrie in the rotation. It might make more sense to swap Davis and Bruce Chen's spots, with Chen moving back to the rotation and Davis helping solidify the bullpen, but I'm not sure if that'll be in the cards. If the Royals do anything for their pitching staff, I'd imagine it would be for a lower tier starting pitcher, like a Lucas Harrell type. 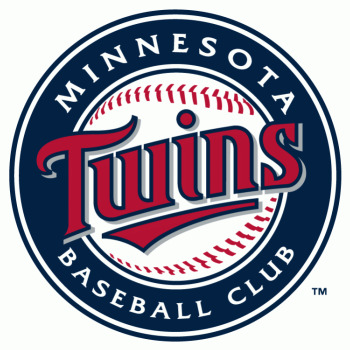 Minnesota Twins, 36-43. Fourth place in division, nine games out of second wild card.
I'd love call the Twins sellers and bang my gavel on my desk, but I'm not sure it's that cut and dry yet. While the team is seven games under .500, they're only 6.5 games out in the division. But with their final 13 games heading into the All-Star Break against the Yankees, Blue Jays, and Rays, they could have their fate decided for them.

Going off of the assumption that Minnesota will sell, they've got some interesting pieces, but not a lot overall. Offensively, there are only three names that I can see Minnesota moving: Josh Willingham, Justin Morneau, and Ryan Doumit. Morneau hasn't been the same player since 2010, and he's hit just four homers this year, the final year of his contract. It would be a disappointing end for the former MVP's Minnesota career, but it's either going to happen in July or in November. Why not try to get at least something in return? Doumit's triple slash has fallen into the tank this year, and he could be of interest as a part-time catcher, part-time outfielder for a team. Perhaps a team like the Yankees would have interest. And then, there's Willingham, who should probably be a full-time DH for a team. His power has dropped off dramatically this season, but his $7 million salary for next year is an absolute steal. He seems like the kind of player the Phillies would go after if they buy instead of sell for whatever reason.

The Twins pitching staff has one player that will draw a ton of interest if he's shopped: closer Glen Perkins. Perkins is signed through 2015 at just $3.75 million per year, and Minnesota also has a club option on him for 2016. Why any team would trade for Papelbon when Perkins is right there baffles my mind, and if the Twins want to strengthen an already beast-like farm system, dealing Perkins would be the way to go.