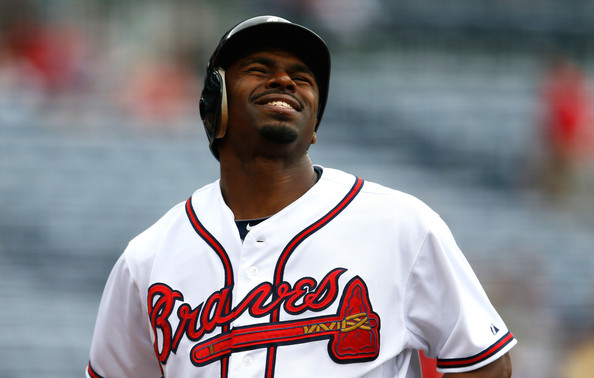 Last year, the MLB free agent market took awhile to get sorted out. After New Year's Day, a number of free agents finally signed that would have a huge impact on the 2012 season, including Fernando Rodney, Coco Crisp, Hisashi Iwakuma, Darren Oliver, Wei-Yin Chen, Norchika Aoki, Yu Darvish, Hiroki Kuroda, Cody Ross, Yoenis Cespdes, and of course, Prince Fielder (among many others).

But this winter, things are a little different. Of Keith Law's top 50 free agents (Insider required), just six of the top 30 and 11 of the top 50 players don't have homes yet. There is also a glut of top players available at certain positions, and a complete lack of players available at others. For instance, do you want a reliever? No problem, we've got veteran closers like Matt Capps, Francisco Cordero, Francisco Rodriguez, Kyle Farnsworth, Rafael Soriano, Jose Valverde, Brandon Lyon, Kevin Gregg, Bobby Jenks, and Jon Rauch available, as well as lefties like Mike Gonzalez, JP Howell, Manny Parra, and Hisanori Takahashi. But if you're looking for a corner outfielder, you're essentially looking at bench playrs like Scott Hairston, Juan Rivera, Austin Kearns, Kosuke Fukudome, and Bobby Abreu. Not exactly a buyer's market at this point in the year.

There are still some great options left on the market, and here's the "best of what's left" at every position.

Catcher: I really hope you don't need a starter behind the plate, because your best options are Rod Barajas, Jesus Flores, Miguel Olivo, Kelly Shoppach, Chris Snyder, and Yorvit Torreabla. Shoppach and Olivo were the only ones that played above replacement level in 2012, and Olivo was barely over the neutral mark. So uh…good luck with that.

First Base: Adam LaRoche is still out there, but the odds are that he'll return to the Nationals, which would make Michael Morse expendable for Washington. But if LaRoche does go back to Washington, and you don't want to pay the price in young talent for Morse, there are a few veterans still on the free agent market that could interest some teams, like Lance Berkman, Aubrey Huff, Casey Kotchman, and Carlos Lee. Of course, Berkman and Huff barely played in 2012, and Kotchman and Lee were awful, so it's not as if any of that quartet would be a good consolation prize. 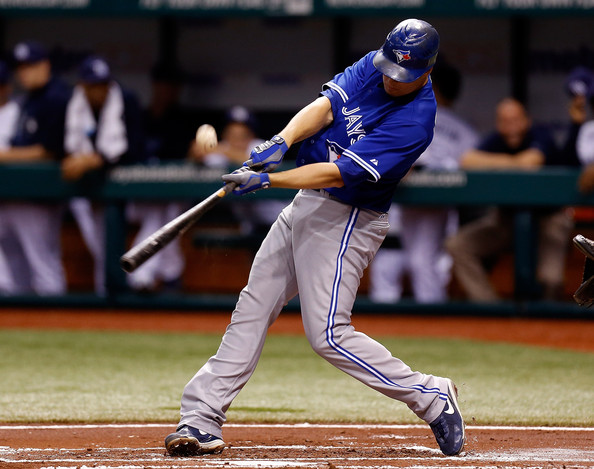 Second Base: In a land of light hitting options left on the market, Kelly Johnson is probably the best guy out there despite a down 2012. Johnson's career has been extremely erratic, but as his peak, he's got 20 homer power and 15 steal speed with the capability to walk at a double digit rate. The problem is that you have no idea which Kelly Johnson you're going to get when you sign him. The rest of the market at second base is a cesspool of below replacement level players like Yuniesky Betancourt, Orlando Hudson, and Ryan Raburn, though Adam Kennedy might be worth a look for a bench role.

Shortstop: You've got nothing. Jason Barlett, Ronny Cedeno, Alex Gonzalez, Cesar Izturis….yeah, that's about it. If you're a Brewers fan, you're hoping and praying that Jean Segura's bat matures enough to play capably in the majors for the 2013 season.

Third Base: You're not getting a good bat at third base, which is why Kevin Youkilis and Jeff Keppinger both got a ton of money. Chone Figgins could be a nice buy low option for a team after ending his disastrous tenure in Seattle, but he'll be 35 in January and the best parts of his game are likely just a memory at this point in time. Aside from Figgins, Brandon Inge could be a good option for a team that is looking for a boost on defense, but that's about all, unless Scott Rolen decides to come back for the 2013 season and is fully healthy.

Outfield: As I mentioned earlier, if you're looking for a power bat, you're going to have to look elsewhere. Scott Hairston and Austin Kearns are the best corner outfielders on the market, but they're not every day players due to their platoon splits. There isn't much else in the corners, unless you want to roll the dice with an aging Kosuke Fukudome. In center, it's Michael Bourn or bust, and the former Brave hasn't received much interest this winter. He'll land somewhere, and could end up getting a much more affordable contract than anyone envisioned this coming into this winter. Everyone aside from Bourn has a variety of caveats tied to them, like the perennially injured Grady Sizemore, the one-dimensional Scott Podsednik, and the strikeout happy Rick Ankiel.

Designated Hitter: Everyone in these parts has some bad juju tied to them, mostly wrapped up in age (Bobby Abreu, Jim Thome, Hideki Matsui), injury (Nick Johnson, Travis Hafner), or ineffectiveness (Luke Scott, Johnny Damon). Of course, most of those guys have two or three of those caveats true for them, so it's not as if there's just one hurdle to overcome. It would almost make more sense to roll the dice with a career minor leaguer who mashed in AAA in 2012 than to pay one of these guys.

Starting Pitcher: Kyle Lohse is the sexiest name out there, and that says something considering he's coming off of a career year, and turned 34 in October. There are plenty of injury-prone players to roll the dice on, like Erik Bedard, Dallas Braden, and Jair Jurrjens, and there are some players that also have injury risks, though not as substantial as the others. This tier of guys, which includes Shaun Marcum and Daisuke Matsuzaka, will likely command multi-year deals at this point in time. And then, there's the tier of "proven veterans" that will get sniffs from teams on one-year deals. These guys are back-end filler at this point in their career, and Kevin Millwood, Derek Lowe, Carl Pavano, Joe Saunders, Freddy Garcia, Brett Myers, and Carlos Zambrano might have some upside…just not at more than $4 or $5 million in 2013.

Relief Pitcher: Again, as I mentioned in the intro, there are a ton of relievers on the market…but how many of them would be actual good signs? The relief market right now is where teams can find some good, affordable players, like the Rays did last year with Fernando Rodney. Among the relievers that jump out at me in a pool that includes a bunch of "proven closers" are Matt Lindstrom, Brandon Lyon, and Vicente Padilla. Of course, in that closer tier, Rafael Soriano is the grand poobah, but if Brian Wilson, Kyle Farnsworth, and Joey Devine are healthy, they could be worth taking a flier on, though Wilson and Farnsworth will likely continue to get a lot of interest over the next six weeks.

As you can tell, there are pretty slim pickings out there. If your team still has any subtstantial holes, looking at the trade market might be a better bet to fill those spots for the upcoming season as opposed to setting for a below average player just because they're a free agent.