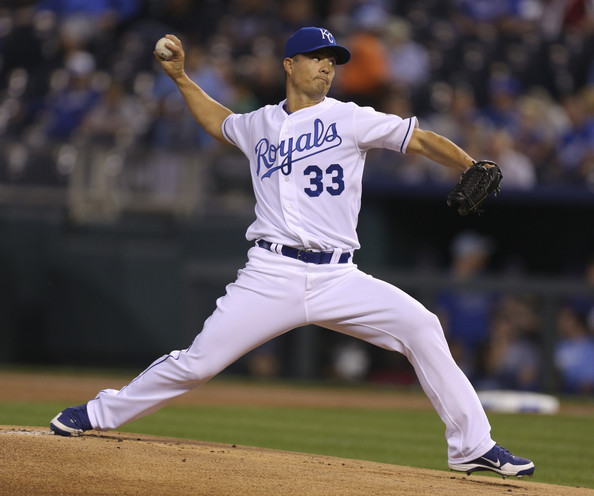 The contract might seem like a lot for Guthrie, who will turn 34 in April, but I think the deal is acceptable for a two win pitcher. Many will place an undue weight on Guthrie's first half of 2012 when he was a Rockie, posting a 6.35 ERA in 90 2/3 innings. But after being dealt to the Royals in July, Guthrie cut his ERA in half, down to 3.16 with Kansas City. His success in the second half is due to his HR/FB getting cut by more than half down to an acceptable 8.3% after posting an 18.6% rate with the Rockies. Guthrie's strikeout and walk rates also took a step in the correct direction after the trade, and his BABIP and strand rates also substantially improved thanks to Guthrie's shift from playing in front of a putrid Rockies defense to an above average Royals defense.

For a Royals team that seems poised to take the next step, but hasn't had much success on the mound, a solid year from Guthrie is essential to the team's desire to contend in the AL Central. In fact, Guthrie was second among all Royals starters in fWAR in just 14 starts after coming over from Colorado, ahead of the disappointing duo of Luke Hochevar and Bruce Chen among others. If Guthrie can even post an ERA around 4.00 in 190 or so innings, he'll be a huge help to the Royals.