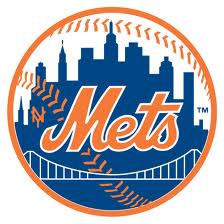 Considering how bad everything looked for the Mets coming into the year, could we really call 2012 a disaster? They were six games above .500 and 4.5 games out in the NL East at the All-Star Break…and have gone 20-43 in the second half. But the fact that they played above .500 ball for half a season of play has to be considered a success…right?

If you're new here (which about 90% of our reader base is in comparison to last year), here's a brief explanation: after a team is eliminated from the playoffs, we're going to put their season under a microscope and look at just what the hell went wrong, what went right, and so on and so forth. The goal is to post these the day after a team is eliminated. Also, for the first ten teams eliminated, we're going to post a series called "Hope for the Hopeless", which is going to be an expanded version of the "What Went Right" portion of the Post-Mortem series pieces.

What Went Right: David Wright's numbers fell off in the second half, but he still has an OPS a hair under .900 along with 7.2 fWAR. New York's other main revelation: RA Dickey. The veteran knuckleballer has had a career year, posting a 2.67 ERA with a four to one strikeout to walk ratio, becoming one of the top contenders for NL Cy Young in the process. Rookie Matt Harvey also broke out in a big way over ten major league starts for the Mets. He's struck out 10.62 batters per nine innings with a repertoire highlighted by a fastball averaging just under 95 miles per hour. Other highlights for the club include tremendous bench bat Scott Hairston, the not terrible middle infield duo of Daniel Murphy and Ruben Tejada, and first baseman Ike Davis going crazy in the second half after struggling over the first couple months of the year.

What Went Wrong: It's been a rough go in the outfield this year for the Mets, with Lucas Duda and Jason Bay (who missed half the year) providing negative value, and Andres Torres and Kirk Nieuwenhuis providing less than one win each. Dillon Gee has missed half the season after a frightening blood clot in his shoulder, and Johan Santana hit rock bottom after throwing the first perfect game in Mets history at the beginning of June. Mike Pelfrey made just three starts before blowing his elbow out, and the team's bullpen was a disaster past Bobby Parnell and Jon Rauch.

Most Surprising Player: Without question, it's Dickey. In slightly over 800 career innings coming into this year, he had amassed just 7.3 fWAR while pitching in the majors for four organizations (including the Mets). Then, there's this year. Dickey also set a new career high in strkeout rate, with this year's rate sitting at more than 2.5 batters per nine innings over his career rate. At 37-years old, Dickey isn't a spring chicken, but because of his knuckler, he could last a few more years just like Tim Wakefield did.

Most Disappointing Player: I'm not really sure what would qualify as a disappointment on this Mets team that didn't have a lot of expectations coming into the year. I'll go with Andres Torres though, whose acquisition from the Giants looks even worse in light of Angel Pagan thriving with his new club. The 34-year old Torres has actually seen his OPS drop from .642 in 2011 to .629 this year, and has also seen drops in his stolen bases, power, and his fielding metrics. The Mets thought he could repeat his breakout 2010 year and that 2011 was the outlier…well, they were wrong.

Prospects Up: Matt Harvey ran roughshod over AAA, and his major league debut was a smashing success. Zack Wheeler might actually start 2013 in the majors along with Harvey after striking out a batter per inning in AA and AAA at age 22. 19-year old Brandon Nimmo, the 13th overall pick in 2011, performed relatively well in the NY-Penn League but should never attempt to steal a base again (1/6 on attempts). Shortstop Wilmer Flores saw his bat take a huge step forward, and the results continued at AA…the 21-year old looks like a solid option to reach the majors at some point in 2013. 19-year old Michael Fulmer shredded A-ball Savannah to ribbons in his full season debut.

Prospects Down: Jeurys Familia struggled with his control in AAA, but still had a lot of strikeouts. Kirk Nieuwenhuis struggled in the majors, and looks like a fourth outfielder in the long run. 2008 first round pick Reese Havens dealt with injuries again, and at 25, looks like he's never going to tap his potential. Darrell Ceciliani was hurt all year, playing in just 23 games, but will head out to the AFL. 12th overall pick in the 2012 draft Gavin Cecchini struggled offensively in his pro debut.

The Future: The Mets farm system is looking pretty solid right now, and might actually be at the top of the food chain in the NL East. Ownership is building the right way after years of flushing (see, that's a pun!) money down the toilet under former GM Omar Minaya, and New Yrok will be a fun team to watch in 2013 with Harvey and potentially Wheeler in the starting rotation.