To the surprise of only those who believe everything they read on the internet (which is a fairly large chunk of the population), Major League Baseball and the MLBPA agreed to a new collective bargaining agreement on Wednesday night before the midnight deadline. Much of the mainstream focus has been on two relatively simple, but still somewhat important, factors: the banning of chewing tobacco for all new major league players and removal of home-field advantage in the World Series from the All-Star Game.

However, there are plenty of tweaks provided in the new CBA that will have an impact on the game in the future. Let’s run them down, shall we?

The bad news is that the qualifying offer system still exists, including the value (average salary of baseball’s top 125 players) and the restrictions (must be on the team all season) on free agents. The good news is that the punishments for teams signing a player given the qualifying offer have been taken down a notch. Teams will no longer give up first-round draft picks to sign players that received the qualifying offer. Instead, teams over the luxury tax threshold will lose a second- and fifth-round draft pick, along with $1 million in international spending money, while teams under the luxury tax threshold will lose a third-round pick.

In an added bonus for the union, a player can only receive a qualifying offer once. This is good news for players like Ian Desmond and Ervin Santana, who declined a qualifying offer, signed a one-year deal, and received another qualifying offer at the end of the season after putting together a better year. Players also have 10 days to accept the offer, rather than seven.

Teams will still receive draft choices for losing players to whom they gave the qualifying offer, but the rules are a bit stickier. Any team which loses a player that declined the qualifying offer will receive a draft pick following the second-round competitive balance picks, instead of in the sandwich round immediately after the first round.

However, teams can still receive a sandwich pick after the first round if they’re from one of baseball’s 15 smallest markets, a revenue-sharing recipient, and the player in question receives a contract of at least $50 million. Also, teams exceeding the luxury tax threshold will only receive a draft pick after the fourth round if losing one of their players that declines the qualifying offer. Sorry, Yankees and Dodgers.

MLB didn't get international draft, but it got exactly what it most wanted w/the annual spending cap of about $5m per team: Cost certainty.

There’s no international draft, thankfully. Teams will be faced with a hard cap of roughly $5 million when it comes to signing foreign amateurs, which will (in theory) depress spending in that market, given that plenty of teams don’t even bother spending their international bonus money. In the past, the cap was soft and teams could exceed it (and did every year) with the only punishment being a tax of up to 100% on overages and the loss of the ability to sign international amateurs for one or two years, depending on the overages.

The age for players affected by this cap is also reportedly increasing from 23 to 25, further damaging the earning potential of young players like Japanese superstar Shohei Otani, currently 22.

Did you know? In the 14 years of This Time It Counts, pennant winner with best record had home-field advantage in 11 World Series. https://t.co/rV2UvyOO2J

** The regular season will increase by four days, from 183 to 187, allowing for more off days to be built in to the schedule starting in 2018. The amount of games per season will reportedly remain at 162.

** Drug testing will be increased, HGH biomarker testing begins in 2017, and players serving PED suspensions will not receive service time during those suspensions.

** Changes to revenue sharing, the domestic violence policy, and the MLB Draft were discussed, but no details of those changes (if any were agreed to) have been revealed yet. Also, the Oakland Athletics will be phased out of MLB’s revenue-sharing plan, dropping to 75% in 2017, 50% in 2018, and 25% in 2019 before being dropped in 2020.

** A couple other minor notes about the MLB Draft: Any team that exceeds the luxury tax limit by at least $40 million will have their highest selection in the Draft drop by 10 places. The gaps in first-round slot value will also be shrunk a bit, meaning teams at the top of the round have a bit of a lesser advantage than teams at the middle and bottom of the round.

** The 15-day DL is dead and buried, and the minimum disabled list stay has been reduced to 10 days. 10-day DL doesn’t have quite the same ring to it.

** There were no changes to the roster size, meaning the flawed 25-man roster from April to August and the 40-man roster in September will both remain in effect.

Based on what we know right now, what’s the verdict? 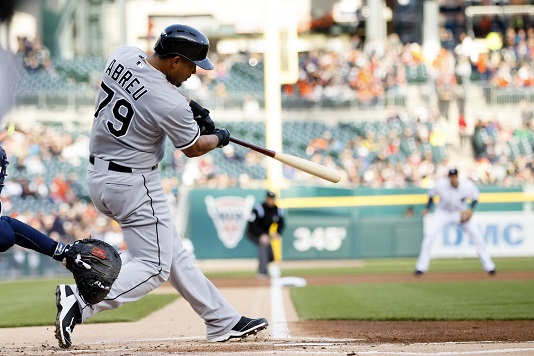 International amateurs come out as the big losers. But they always were going to be screwed, given that they’re not members of the union and the owners had been gunning for an international draft for months. The hard cap might spur teams like the Marlins or Rockies, two teams not really known for spending on the international market, to get involved, given that they’ll have a better chance to sign some of the more desirable players.

However, it may also suppress the bonuses of the best players. Would a team want to sign one player for their entire bonus pool and put all of the eggs in that basket, or would they rather sign five or 10 lesser players with the hope of one of them panning out with a lower ceiling?

The players come out ahead with the tweaks to free agency compensation. Giving up a first-round pick for a player like Jeremy Hellickson is a tough pill to swallow. Giving up a third-round pick is much more palatable, and could lead to teams being more willing to dish out “normal” free agent contracts to those fringe-level players who received qualifying offers. (Food for thought: the most accomplished major leaguer taken in the third round from 2010 to 2016 is Marlins catcher JT Realmuto, though Wil Myers and Kyle Seager were third-rounders in 2009.)

The owners also are saving themselves from… well, themselves with the stronger luxury tax penalties. To a team like the Yankees or Dodgers, a 25% tax on $40 million is just the cost of another back-end member of their rotation. A higher tax, with a higher tax threshold, could give them pause on going too crazy with their spending. I’m also not buying the fact that this will suppress salaries in the long-term for the players. The industry has been moving away from large free agent contracts for years, instead opting to rely on giving extensions to younger players. (Some of those haven’t worked out too well. Hey there, Jonathan Singleton and Jose Tabata.)

But in reality, the most important part about the new CBA is this: We have five more years of labor peace. Baseball hasn’t dealt with a work stoppage since the disastrous 1994-95 strike. This was the first labor negotiation as Commissioner for Rob Manfred, and the first as MLBPA head for Tony Clark, and just the fact that the collective bargaining agreement was agreed to in time has to be considered a win for all sides.