The Los Angeles Dodgers were one of baseball’s most talented teams on paper, and originally failed to live up to high expectations. The Dodgers were under .500 as late as May 22nd, and were 6.5 games back of the San Francisco Giants in the NL West at the All-Star Break. But in the second half, Los Angeles put everything together. They’d claim first place for good on August 21st, and finished the year at 91-71, four games up on the NL Wild Card winning Giants in second place. After coming back from a 2-1 deficit to eliminate the Washington Nationals in the NLDS, the Dodgers took a 2-1 lead over the Chicago Cubs in the NLCS…and lost three games in a row to bring their season to a disappointing close.

Preseason Prediction: The Dodgers are good, very good, and it’s hard imagining any scenario where they miss the playoffs this year if they stay healthy. But there’s no denying their rotation looks weaker on paper, even with all of the additions they made, while the Giants and Diamondbacks look much stronger than last year. They Dodgers still have a great chance to win the division, and if they fall short of that goal they’ll likely be one of the Wild Card teams. However they manage to get there, the Dodgers are as good a bet as any to make the playoffs this season. (Dave Tobener, February 25th)

In 21 starts, Clayton Kershaw pitched to a 1.69 ERA, striking out 172 and walking just 11. More on him later. In six starts after his acquisition at the trade deadline, Rich Hill had a 1.83 ERA, 39 strikeouts, and five walks in 34 1/3 innings. Like Kershaw, more on him later. Kenta Maeda’s rookie year was a success, as he threw 175 2/3 innings to lead the club, notching a 3.48 ERA and striking out more than a batter per inning. Closer Kenley Jansen was electric, striking out 104, walking 11, and pitching to a 1.83 ERA in 68 2/3 innings. Joe Blanton and Adam Liberatore were also dynamic in the pen for the Dodgers. 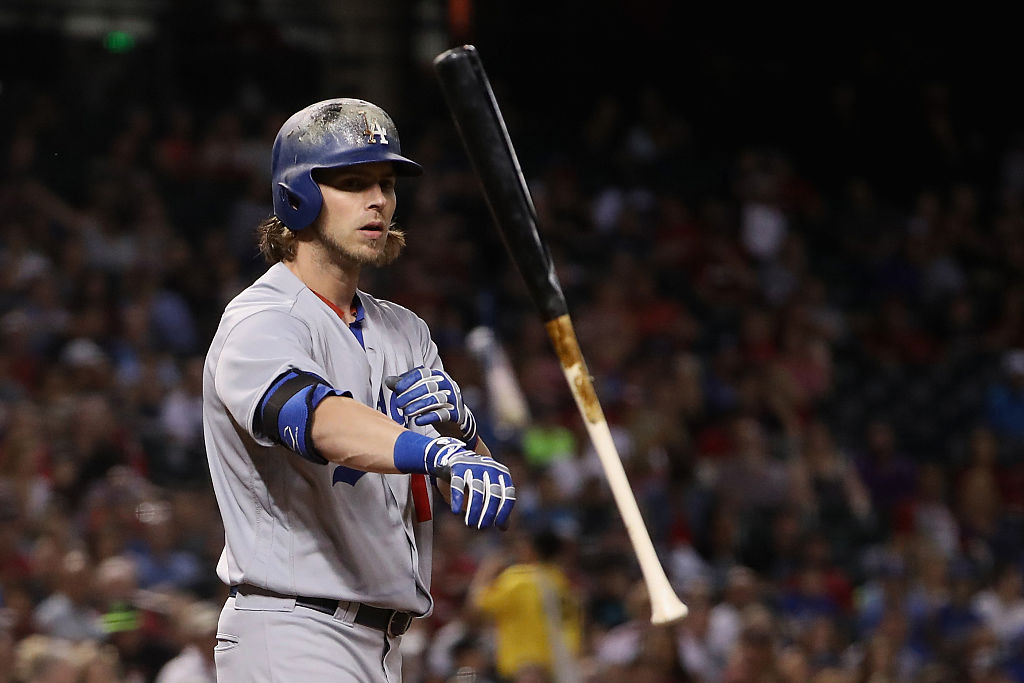 PHOENIX, AZ – SEPTEMBER 16: Josh Reddick #11 of the Los Angeles Dodgers flips his bat after drawing a walk against the Arizona Diamondbacks during the fourth inning of the MLB game at Chase Field on September 16, 2016 in Phoenix, Arizona. (Photo by Christian Petersen/Getty Images)

What Went Wrong: Kershaw only made 21 starts and pitched 149 innings, missing all of July and August in the process – but the Dodgers still surged to the NL West lead without him in the rotation. Hill dealt with blister issues throughout August after his trade from the A’s, and made just those six starts over two months. Injuries plagued the rest of the rotation, too – Hyun-Jin Ryu made just one start, Brett Anderson threw 11 1/3 innings, Brandon McCarthy threw 40, Alex Wood tossed 60 1/3, and Scott Kazmir’s 136 1/3 innings were marred by a 4.56 ERA.

Offensively, the Dodgers had some black holes. Josh Reddick, acquired with Hill at the trade deadline to bolster the outfield, hit just .258/.307/.335 with two homers in 47 games. Howie Kendrick’s .255/.326/.366 line isn’t acceptable for second base, let alone for left field, where he got most of his playing time. Yasiel Puig’s .263/.323/.416 line was a disappointment, and more off the field shenanigans and personality clashes in the clubhouse dampened his on-field production.

Most Surprising Player: Andrew Toles was out of baseball in 2015. He started the year in high-A for the Dodgers. Los Angeles called the 24-year old up right before the All-Star Break, and in 48 games from then until the end of the season, he hit .314/.365/.505 and became a starting fixture for the team during the Postseason. Sure, his .385 BABIP doesn’t exactly scream “future star”, but hey – this was a guy that was literally plucked off the scrap heap last September, and now, he might be a future…something for the team. What a great story. 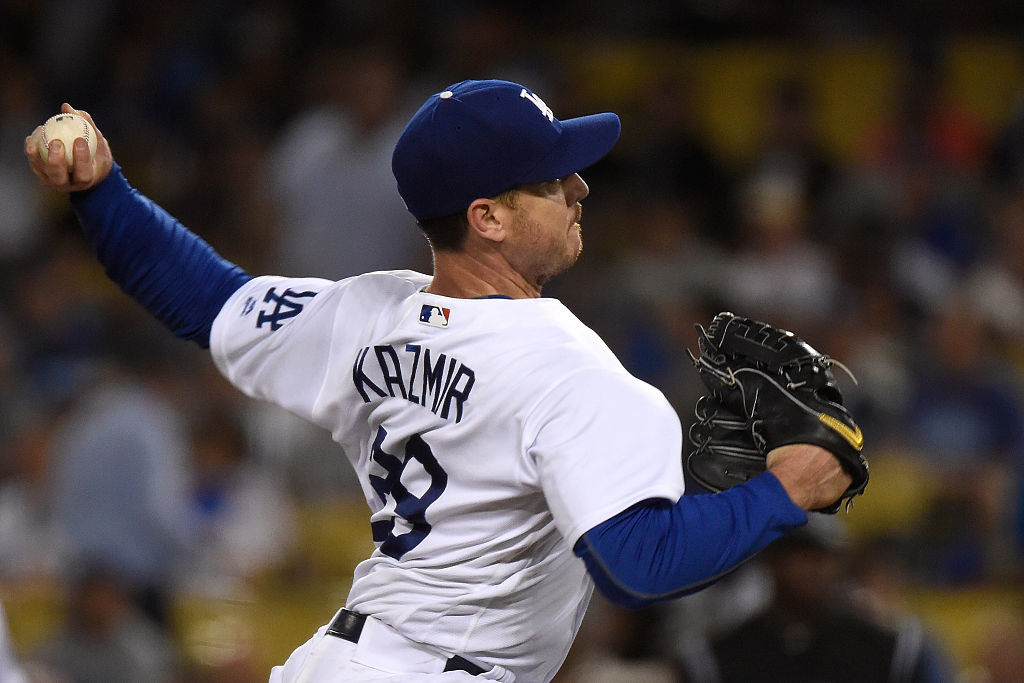 Most Disappointing Player: So many possible options here…but I think I’m going to give the nod to Scott Kazmir, who was signed to a three-year, $48 million deal before the season. The deal was considered a risk at the time because of Kazmir’s injury history, and the Dodgers looked to limit their potential liability by giving Kazmir an opt-out clause for after the 2016 season. Well, that opt-out may not come into play, despite the weak starting pitching free agent market this winter, because Kazmir was wholly underwhelming with the Dodgers in 2016.

His 26 starts were his fewest in the four seasons since his borderline miraculous comeback with the Indians in 2013, as were his 136 1/3 innings pitched. Kazmir did strike out just under one batter per inning (134), but also walked 52, giving him a walk rate of 3.43 batters per nine, far higher than the marks he had posted since that 2013 season. He also got ground balls at a lower clip than he had in either of the last two seasons, all the way down to 40.8%. Put it all in a blender, and you have a 32-year old (soon to be 33) pitcher with a 4.56 ERA, 4.48 FIP, and 4.19 xFIP…and he’s still owed $40 million, thanks to deferred money and a backloaded contract. This is fine.

The Future: The Dodgers have a number of key free agents, including Hill, Jansen, and Turner. Anderson, Reddick, and Utley are all also free agents, though they were far less important to the 2016 Dodgers than the trio of aforementioned players. LA will also be paying Andre Ethier, Kendrick, McCarthy, and Ryu a combined $47 million or so to fill roles that remain unclear going forward. Despite the presence of young talent like Pederson, Seager, and Julio Urias, the Dodgers are far from a sure thing going into this offseason – they’ve got holes to fill, and big decisions to make.